IC-3 Magazine goes behind the scenes of Magnum Opus Events

Where can you chat, laugh, chill and make friends in London? Meet Asia and Charli, the founders of The FriendZone...

After a hectic week, people usually look forward to the weekend; it’s a time to unplug, unwind and for some, to recover - especially if you’ve had an adventurous Friday night! London is known to be a vibrant city, however, one could say there is a lack of diverse events to attend, especially after 6pm.

Asia and Charli are the hardworking and innovative duo behind Magnum Opus Events Ltd ("Great Works"), and have been operating their events company since 2013. Their events have been featured in Timeout, View London and YPlan, and are widely acclaimed to be some of the best events to attend in London. Asia and Charli have done the impossible - created an event where it’s possible to come on your own, converse, laugh, chill and make new friends in London - The FriendZone!

I caught up with the passionate duo at Dalston Eastern Curve Garden, where they opened up about their impressive journey so far…

"We'd been on a journey of exploring alternative events together, but hadn't managed to find anything that completely ticked all the boxes. As we both have a background in large scale events, we decided to create something ourselves; fun, social and fully interactive. When we first told people about our idea, a few were highly skeptical of the concept; now we see them at every event" - Charli

“This was a concept that you had to experience rather than being told. Initially we were worried that people wouldn’t turn up as the idea was relatively new, but were pleasantly surprised by a big turnout at our launch, and how people immersed themselves with the games and each other.” - Asia

The FriendZone allows Londoners to come together, meet people, chill and interact in a relaxed and loosely structured setting.With a little help from a team of minglers, quirky question cards, and nostalgic games; the environment fosters what they call 'Social Skydiving' - the art of talking to new people. Meeting new people can be awkward for many (including myself), however, Asia and Charli have managed to create an event where you can make new friends without feeling uneasy. The FriendZone has been a success from the outset, and their subsequent events have seen the number of attendees and variety of venues grow from strength to strength.

Following their success, another branch in their growing events business is AfroBeach - a beach themed carnival music event, alongside DJ Ace (BBC 1xtra) - their last event, sold out, attracting over 600 people. The flawless reputation they have amassed has seen attendees travel from outside London and they are truly changing what it means to make a great event.

“We were able to pull off another successful event, but what can often appear seamless from the outside can be an organisational nightmare, anything from breaches of contract to hired equipment failure has the potential to negatively impact your event and in turn your brand; it's all a learning experience and the more we overcome, the more I know we're made for it” - Charli

Events can often bring about challenges but the pair refuse to let it derail their success, starting a business can often be a battle, carving out your unique selling point and giving larger, more established companies a run for their money. The pair are almost at the two year mark, where many new companies fail, they have grown and now work from their office in tech-city Shoreditch and secured deals with brands such as Brothers.

“One of the hardest things I've encountered is the fact every decision is down to you, the success and the pitfalls are a predominantly the result of a decision you've made. But success whilst working for someone else is delivering a product or service belonging to someone else, and the feeling when you can take ownership from beginning to end is indescribable!" - Charli

There is a genuine friendship behind their business relationship, they both do their best to support each other where they can.

“Being a single mother and running a business can be difficult but having a business partner that is very supportive is great. My daughter knows that I’m my own boss that runs events; by my actions I have instilled in her that she can work for herself and be successful.” - Asia

They both left full-time employment to concentrate solely on their joint enterprise. Leaving the security of a full-time job sounds scary for some, but they adopted the notion with their arms wide open knowing the path will be demanding.

“We both grew up around family and friends who run their own businesses so we knew it wouldn't be easy, even though I was working before in a successful career, I always knew that I had the drive and work ethic to do it for myself. I've known Asia for over 10 years and working alongside someone with my level of passion has been great. Working with a friend definitely has it's testing times, especially when making decisions on things we both feel strongly about - but we manage to work through them as friends and business partners and know that we are stronger as a team ” - Charli

Despite running events geared towards making friends, they take interestingly different approaches to it in their personal life.

“I’m laid back and really enjoy interacting with people. I grew up in Jamaica and my parents were really chilled - I always had family and a big social group around me. I enjoy meeting new people and don’t think in life you can be surrounded by the same people the whole time.” - Asia

“Personally, I find it slightly uncomfortable meeting new people; I can come across as reserved and take a bit of time to warm up - but since starting The FriendZone I was pushed in at the deep end and then immediately became more comfortable speaking to new people. The FriendZone is such a safe place because everyone there is open to the idea of making new friends; it’s definitely been as beneficial to me personally, as well as a business venture.” - Charli

It was a great opportunity speaking with Asia and Charli; I learned many things from them and it’s also very encouraging to see young business women persevering in a world, if being brutally honest, is not designed for them to win. They have been bullish in their behaviour and attitude towards making their events enjoyable and their business a success whilst enjoying the experience too.

“Life is about accumulating the small experiences of happiness” - Asia, 2015 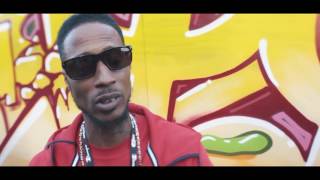 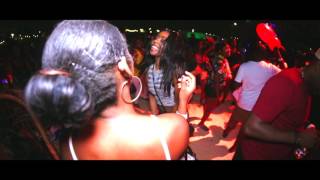 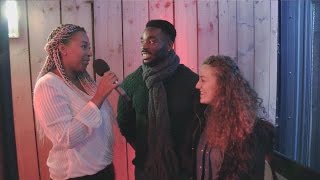 What's Up TV - The FriendZone